The CFU has organized a “Triangular Series” competition for the first time between three teams: Anfa, Barlos, and Afrosiyob in April 2021. The competition has given great results and discovered many talents and great players who are very competent and important in making Uzbekistan Cricket better. One of those players are:

Hassan – from the Anfa team showed great performance in batting

Waseem – from the Anfa team was one of the top scorers

Alisher from – from the Anfa team was one of the best youngest players.

The Afrosiyob team has also shown a good game however, the Anfa and the Barlos were in the final of the Triangular Series with the highest scores. The final match has ended in favor of the Anfa team with 190 runs in 20 overs while the Barlos team scored 132 in 20 overs.

Enter Engineering Pte. LTD.November 22, 2021 Cricket was invented by the British in the middle of the 18th century and today has become one of the most popular sports in many countries. And is the Read more… 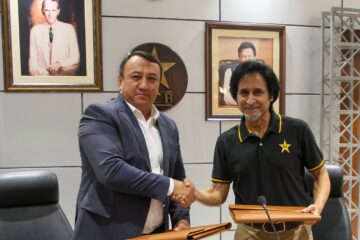 MOU SIGNED BETWEEN PCB AND CFU

The Cricket Federation of Uzbekistan is expanding its international diplomatic relations to contribute to the development and improvement of the current cricket environment in Uzbekistan. On the 21st of September, 2021, in Lahore, the president Read more… 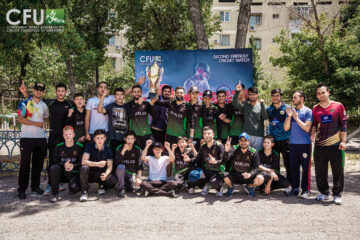 The summary of the 2nd Friendly Cricket Match between Barlos Club and India Club Tashkent which was held on the 20th of June at the stadium of the Ministry of Defense of Uzbekistan. India Club Read more…